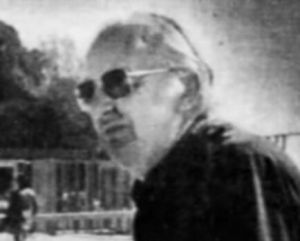 DATE REPORTED TO THE DIOCESE OF MONTEREY:

Fr. Gregory Kareta was a Conventual Franciscan priest. In approximately 1985, Fr. Kareta allegedly admitted that he sexually abused a child, but the Archdiocese of Los Angeles permitted him to remain in ministry. In 2003, Fr. Kareta was accused of sexually abusing an 11-year-old boy in approximately 1973 to 1974 in the Diocese of Monterey. Fr. Kareta was criminally charged in 2002 after being arrested for lewd and lascivious acts with a child under the age of 14. The criminal charges were dropped in 2003. Fr. Kareta was included in the Archdiocese of Los Angeles’ list of priests accused of sexual misconduct involving minors.