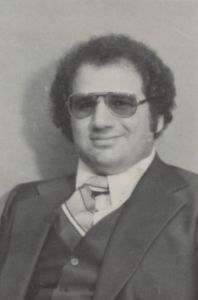 Notes: Msgr. Fatooh was became a Marianist brother in 1965. In 1985, he left the Marianists and was ordained a priest for the Diocese of Monterey, where he became Monsignor, Chancellor, and Moderator of the Curia. Msgr. Fatooh was named in a 2006 lawsuit, which alleged that he abused a student from 1973 to 1974 at Chaminade College Prep in Canoga Park, California, where he later became the principal. Msgr. Fatooh has also been accused of failing to alert police or providing help to a boy who was being molested by another priest he knew in Salinas in 1991. Msgr. Fatooh was included in the Archdiocese of Los Angeles’ list of clergy accused of sexual misconduct involving minors. According to the 2017 Official Catholic Directory, Msgr. Fatooh is still an active priest at St. Joseph’s in Cayucos, California and has unrestricted access to children.