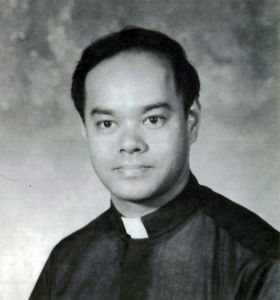 Notes: Br. Damien (Patrick) Chong was a member of the Carmelite religious order. Br. Chong has been accused by at least one person of child sexual abuse. Br. Chong was named in one civil lawsuit alleging that he sexually abused a boy in approximately 1984 to 1986 while he was working at Crespi Carmelite High School. Br. Chong plied his victim with alcohol and would sexually abuse the boy after football practice in his own residence. After he left Los Angeles, it is believed Br. Chong worked as Associate Pastor and Prior at St. Gelasius Parish in Chicago. Br. Chong was included in the Archdiocese of Los Angeles’ list of priests accused of sexual misconduct involving minors.