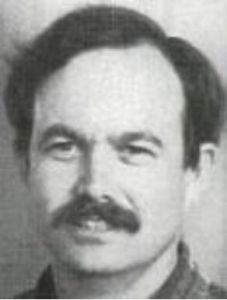 Notes:  Fr. David (Dave) E. Johnson is a Franciscan priest. He has been accused of sexually abusing at least two children from approximately 1978 to 1979. Fr. Johnson has been named in at least five civil lawsuits alleging child sexual abuse. He was reportedly laicized in 2001. Fr. Johnson was included in the Archdiocese of Los Angeles’ list of priests accused of sexual misconduct involving minors. He was also included in the Archdiocese of Seattle’s list of clergy for whom allegations of sexual abuse of a minor have been admitted, established, or determined to be credible. As of 2016, Fr. Johnson was believed to be living in Hurricane, Utah. Fr. Johnson’s current whereabouts and whether he has access to children are unknown.