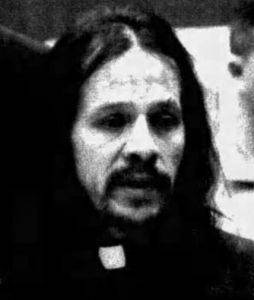 Notes: Fr. Fernando Lopez was accused of sexually abusing at least four boys from 2000 to 2004 and has been named in at least one civil lawsuit. In 2000, while Fr. Lopez Lopez was a member of the Tivoli (Rome) Diocese, he committed child sexual abuse. He pleaded guilty to repeated sexual violence on a minor and was asked to leave his post in Italy. In 2001, Fr. Lopez Lopez came to California and the Diocese of San Bernardino refused to allow him into ministry, but was subsequently allowed to work in the Archdiocese of Los Angeles. He was assigned to work at St. Thomas the Apostle, where he was again accused of child sexual abuse from 2001 to 2004. Fr. Fernando Lopez Lopez was arrested in 2004 for child and adult sexual abuse on multiple molestation-related counts. In 2005, he was found guilty and was sentenced to six years and eight months in prison. In 2006, his conviction was overturned by the 2nd District Court of Appeal as they ruled that misconduct had taken place during Fr. Lopez Lopez’s trial. In 2008, the California Supreme Court overturned the District Court of Appeal’s decision and the case returned to court where his conviction was upheld. In 2008, he was deported back to Colombia. As of 2011, it was reported that he had been defrocked but could possibly still be acting as a priest in Colombia. Fr. Lopez Lopez’s status as a priest, current whereabouts, and whether he has access to children are unknown.