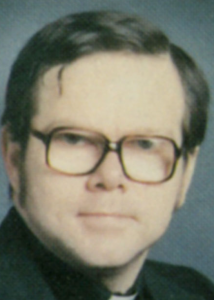 Notes: Fr. Fred D. Ingalls was placed on leave and sent to an out-of-state treatment facility in February 2004 after he was criminally charged with receiving child pornography and storing on a computer in the rectory. In June 2004, he pleaded guilty and was subsequently sentenced to just over three years in federal prison.