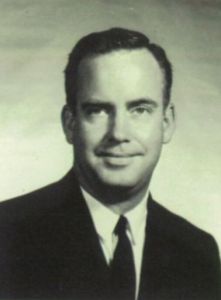 Notes: Br. James McGloin was a member of the Marianist religious order. Br. McGloin has been accused by at least one person of child sexual abuse. He has been named in one civil lawsuit alleging child sexual abuse that occurred in approximately 1963 at Juniperro Serra High School in Gardena. In a letter in Br. McGloin’s personnel file, he writes to his superior, “I am convinced that a life of celibacy which I once embraced is beyond me…You know me well—I’ve had this problem in varying degrees since my profession.” Br. McGloin was included in the Archdiocese of Los Angeles’ list of clergy accused of sexual misconduct involving minors. Br. McGloin was dispensed from perpetual vows in 1970. It is believed Br. McGloin died in 2013 and may have been living in Petaluma, CA prior to his death.