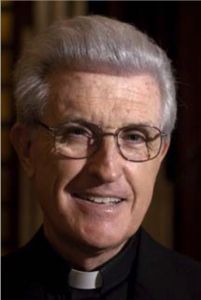 Notes: Fr. Ford is accused of sexually abusing a minor in approximately 1968 to 1971 at Holy Family School in Orange. In 1987, a memo was placed in Fr. Ford’s file stating there had been multiple hearsay, verbal reports speculating that Fr. Ford may be involved with inappropriate activity with high school boys. In 1994, the principal of San Roque reported that another teacher expressed concern about Fr. Ford inappropriately touching students. He has been named in at least one lawsuit. Fr. Ford’s faculties were removed in 2006 and restored in 2008. Fr. Ford was included in the Archdiocese of Los Angeles’ list of priests accused of sexual misconduct involving minors.