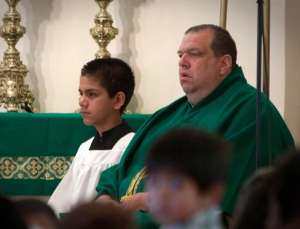 Notes: At least one survivor came forward in 1991 alleging Fr. Jeffrey Newell of child sexual abuse in Los Angeles. The archdiocese promised the survivor that Fr. Newell would never work with children again and removed him from the ministry in 1993. However, in 2010, Fr. Newell was found working with young men in Tijuana, Mexico. Fr. Newell was named in a 2010 civil lawsuit alleging that Archdiocese of Los Angeles Church leaders were negligent and fraudulent as they allowed Fr. Newell to work as a priest in another country. In 2014, more survivors came forward alleging child sexual abuse in Tijuana and he was removed without privileges from the Archdiocese of Tijuana. Fr. Newell’s status as a priest, current whereabouts, and whether he has access to children are unknown.