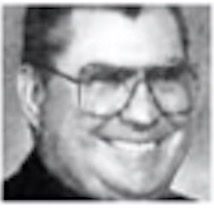 Notes: Fr. Dawson was placed on sick leave in 1993 in the wake of allegations that he had sexually abused children. He was sent to undergo therapy at Saint Luke Institute and the Servants of the Paraclete, two institutions known for treating priests accused of child sexual abuse. Fr. Dawson was placed on inactive leave in 1995 with no faculties or authorization to present himself as a priest. According to the Archdiocese of Los Angeles, Fr. Dawson stands accused of sexually abusing 10 children between approximately 1972 and 1982. The Archdiocese never reported Fr. Dawson to the police. Fr. Dawson has been named in at least one lawsuit brought by an alleged survivor of child sexual abuse. He is believed to have been living in New Mexico in 2002 and was reportedly removed from ministry in 2005. Fr. Dawson was included in the Archdiocese of Los Angeles’ list of priests accused of sexual misconduct involving minors. Fr. Dawson was last known to be living Albuquerque, NM. His current whereabouts and whether he has access to children are unknown.