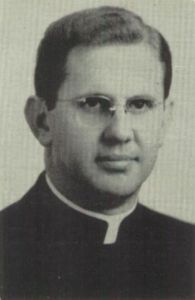 Notes: In a 2003 lawsuit, Fr. Leland Boyer was accused of sexually abusing a child while working at Divine Savior parish in Los Angeles. Fr. Boyer retired in approximately 1994. He was placed on restricted ministry in 1995 after one accuser came forward to allege that Boyer had molested him in the rectory at least twice between 1982 and 1983 when he was a 13-year-old. Fr. Boyer’s personnel file, released in 2013, revealed four complaints against him between the 1980s and 2002. Following his death in 2003, two more individuals alleged that Fr. Boyer had sexually abused them. He was included in the Archdiocese of Los Angeles’ list of priests accused of sexual misconduct involving minors.