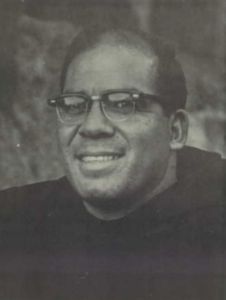 Notes: Allegations of sexual abuse arose against Fr. Cimmarrusti prior to his time spent at Servants of the Paraclete center in 1981 and 1982. In 1994, he was accused of sexual abuse at St. Anthony’s Minor Seminary and was named in a civil lawsuit in 2003. In 2006, a settlement was reached in a case involving Fr. Cimmarrusti and seven other priests accused of sexually abusing students at St. Anthony’s Seminary High School, the Santa Barbara Boys Choir and the Santa Barbara Mission. At least 12 survivors have come forward to the Archdiocese of Los Angeles alleging sexual abuse between 1962 and 1969. Fr. Cimmarrusti worked in the Dioceses of Stockton and Fresno. Fr. Cimmarrusti’s last known address was San Damiano Retreat House in Danville, California in the Diocese of Oakland. His name was included on the Archdiocese of Los Angeles’ 2004 list of priests accused of sexual misconduct involving minors. From approximately 1994 to his death in 2012, Fr. Cimmarrusti’s whereabouts, his status as a priest and whether he had access to children are unknown.