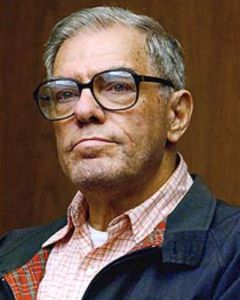 Fr. Romano Ferraro was ordained a priest in the Diocese of Brooklyn. In 2002, Fr. Ferraro was reportedly arrested for sexually abusing a boy from approximately 1973 through 1980 in Billerica, Massachusetts. In 2004, Fr. Ferraro was sentenced to life in prison after he was found guilty of child rape and on three counts of indecent assault and battery against a child under 14. Allegedly, Fr. Ferraro admitted at the trial that he was a pedophile predator who had abused dozens of boys. It is also purported that he stated that he knew he was a pedophile by 1955, 5 years before his ordination. Fr. Ferraro was sued in 2006 for abuse that occurred in Florida. Fr. Ferraro is reported to have sexually abused children in the Dioceses of Brooklyn, Rockville Centre, St. Louis, and Metuchen. A St. Louis man who alleged child sexual abuse by Fr. Ferraro committed suicide in 2006 after a long struggle with depression. Fr. Ferraro was laicized and was last reported to be in prison in Massachusetts.