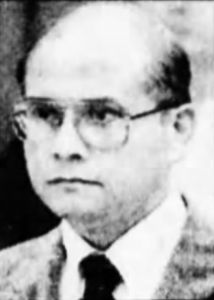 Notes: According to the Archdiocese of Los Angeles at least 21 survivors have come forward alleging child sexual abuse by Fr. Theodore Llanos. The abuse spans a 20-year period. Fr. Llanos allegedly sexually abused children while he worked at St. Barbara in Santa Ana; St. Bernard in Los Angeles; St. Louise de Marillac in Covina; St. Bernard in Bellflower; and St. Barnabas in Long Beach. Fr. Llanos is ranked #4 on the Archdiocese’s list of top 10 abusers. In 1990, Fr. Llanos worked on the personnel board where he made decisions whether pedophile priests should get evaluated, go to treatment, be removed, or transferred. In 1995, an arrest warrant was issued for Fr. Llanos on 38 counts of child sexual abuse. The charges were later dropped because they fell outside the statute of limitations. Fr. Llanos was sent to St. Luke Institute, an institution known for treating priests accused of child sexual abuse. Fr. Llanos committed suicide in 1996. There have been numerous civil lawsuits filed against Fr. Llanos. Fr. Llanos was included in the Archdiocese of Los Angeles’ list of priests accused of sexual misconduct involving minors.