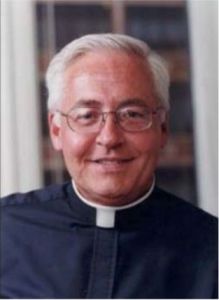 Bernard Knoth is included in the names of religious order priests that were taken out of ministry by the Archbishop of New Orleans in 2002, even though the abuse was not alleged to have occurred in the Archdiocese of New Orleans.